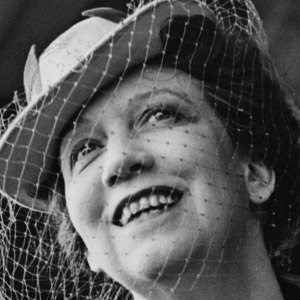 One of the wealthiest women of her time. She built a billion-dollar cosmetics empire.

She lived with her brother in New York City where she worked for the E.R. Squibb Pharmaceuticals Company as a bookkeeper.

She painted her first salon on 5th Avenue red in order to stand out from the gray ones that were the standard at the time.

She married Thomas Lewis in 1915 and together they expanded the business greatly, but constant work led to their divorce.

She had many celebrated clients, including Marilyn Monroe.

Elizabeth Arden Is A Member Of