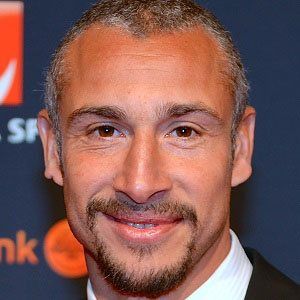 Former Swedish striker who played for Celtic FC and FC Barcelona amongst other teams and was named Scottish Footballer of the Year in 1999 and 2001. He became a manager after retirement, taking over the reigns for Helsingborgs IF in 2016.

He was given his first soccer ball at the age of one.

He received his first managing job with Landskrona BoIS in 2009.

He raised two children, Janice and Jordan, with his wife Magdalena Spjuth.

He played with Wayne Rooney while on loan to Manchester United in 2007.

Henrik Larsson Is A Member Of