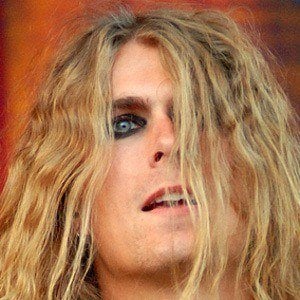 Bassist most famous for being a member of the Swedish death metal band Avatar. He and the band have toured in support of some of the biggest names in metal, including Megadeth, In Flames, and Five Finger Death Punch.

He grew up in Gothenburg, Sweden and joined Avatar in 2001.

His band's video for "For The Swarm" was voted #1 in Loudwire's Battle Royale in March 2016.

He has performed alongside vocalist Johannes Eckerström as a member of Avatar.

Henrik Sandelin Is A Member Of