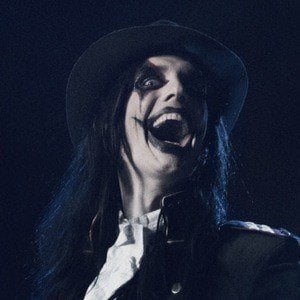 Swedish vocalist best recognized as the frontman of Gothenburg-born band Avatar. The band has released half a dozen successful albums since their formation and a number of hit singles like "Bloody Angel" and "Hail the Apocalypse."

He joined Avatar in 2001 after it was formed by the group's drummer John Alfredsson and guitarist Jonas Jarlsby.

Avatar has performed at countless renowned festivals including Rock on the Range, Louder Than Life, and Carolina Rebellion.

Johannes Eckerstrom Is A Member Of