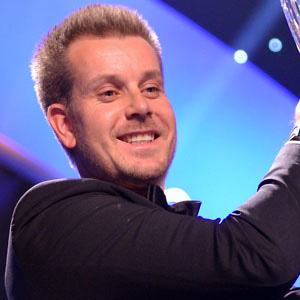 Swedish professional golfer who spent over 100 weeks ranked in the World top ten.

He has a daughter named Lisa with his wife Emma Lofgren.

He defeated Ian Poulter in the Players Championship by carding a 66 to win by 4 strokes.

Henrik Stenson Is A Member Of