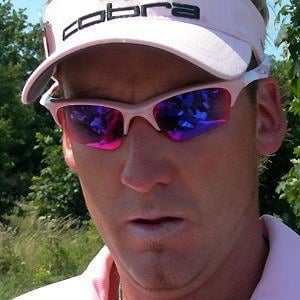 English golfer who was named the Sir Henry Cotton Rookie of the Year in 2000.

He was introduced to golf at age three by his father.

His best major championship was with a third-place finish in the 2012 PGA Championship.

He fathered four children with his wife, Katie; he grew up with an older brother, Danny.

Ian Poulter Is A Member Of