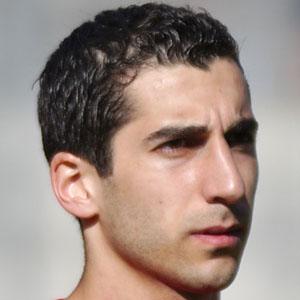 Attacking midfielder who made his professional debut in 2006 for Pyunik Yerevan and made his first international appearance for Armenia in 2007. He played for Manchester United from 2016 until 2018 when he joined Arsenal.

He signed with Borussia Dortmund in 2013. He was named captain of Armenia's national team that same year.

He was born in Yerevan, Armenia to Hamlet Mkhitaryan and Marina Taschyan. His father was a striker for FC Ararat Yerevan who passed away at the age of 33 from a brain tumor.

Jugen Klopp became his manager in 2013 when he joined Borussia Dortmund.

Henrikh Mkhitaryan Is A Member Of