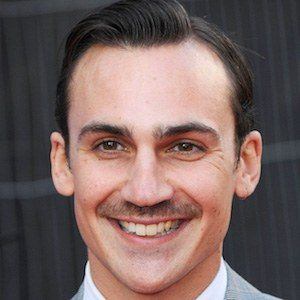 Teleivison and film actor, best known for his role as the school bully Mark Donovan in the television series and consequent feature film, The Inbetweeners. Since 2015, he is also on the PBS, Masterpiece Theatre, and Channel 4 production Indian Summers.

His screen debut was in the BBC drama Murphy's Law in 2004 before taking a minor role as Roger Davies in Harry Potter and The Goblet of Fire.

He and his younger brother and fellow actor Ben Lloyd-Hughes made a mockumentary of the British Labour Party elections called Miliband of Brothers.

His parents are Lucy Appleby and Timothy Lloyd-Hughes.

In 2007 he appeared in the film Unrelated with Marvel superstar Tom Hiddleston.

Henry Lloyd-Hughes Is A Member Of