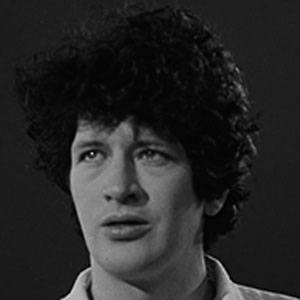 Painter, actor, and poet who rose to commercial success in the 1970s for his sex, drugs, and rock 'n roll lifestyle. Considered to be the Netherlands' greatest and possibly only rock 'n' roll star.

He began playing the piano when he was 12, and later founded the beat band The Moans.

He worked with artists in the bands Cuby + Blizzards and Q65.

His birth name was Hermanus Brood. He was raised in Zwolle in the Netherlands.

He attempted to control his drug habits by only using alcohol and a 2-gram shot of speed each day. When this failed, he jumped from the roof of the Amsterdam Hilton Hotel, bringing to mind another successful artist who committed suicide: Kurt Cobain.

Herman Brood Is A Member Of