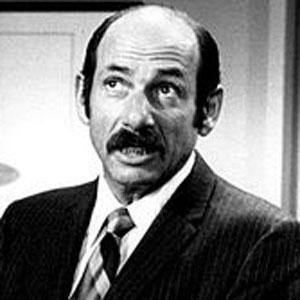 Actor of stage, film, and television who starred as Tevye in the Broadway musical Fiddler on the Roof, and co-starred with Craig Stevens in the popular TV series Peter Gunn.

He was born into a family that was active in Yiddish theater and appeared on the stages of 2nd Avenue in Manhattan when he was a baby. He later successfully made the transition from Yiddish-speaking films to American films.

He was the voice over actor for the original Tootsie Pop commercial, asking the famous line "How many licks does it take to get to the center of a Tootsie Roll pop? The world may never know."

He was married to Teri Bernardi until his death in 1986, and the couple had a son named Michael.

He appeared in a 1963 episode of the television series Mr. Novak, starring James Franciscus.

Herschel Bernardi Is A Member Of