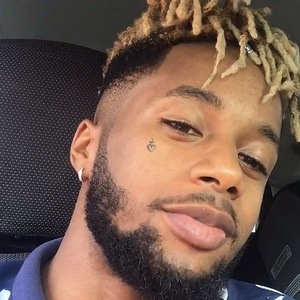 African-Australian social media star who became widely known for his hervelevine Instagram account. He gained popularity there for his fashion modeling photos, as well as those from his everyday life.

He published his first photo to Instagram on March 14, 2013.

He was a featured model in Huf Magazine in 2017. He has worked with such brands as Nike, Puma, Under Amour, NewBalance and many more.

He has eight siblings who often appear in his social media posts.

He has posted various photos of Rihanna to his Instagram account, where he has frequently praised her artistry.

Herve Is A Member Of