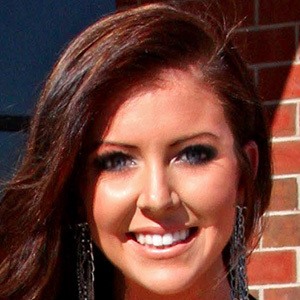 Famous as a cast member of the popular CBS reality TV show Big Brother. She debuted during the show's 21st season in 2019.

She graduated from California State University Chico with her degree in business and marketing. She attended on a four-year scholarship.

She was named Miss Wyoming USA in 2011, and competed at the 2012 Miss USA pageant. She taught people to fly fish in her home state of Wyoming following college and before Big Brother.

She has been previously romantically linked to former Bachelor star Luke Pell. She has been in a relationship with Big Brother castmate Jackson Michie.

She and Jackson Michie have starred together on Big Brother 21 in 2019.

Holly Allen Is A Member Of