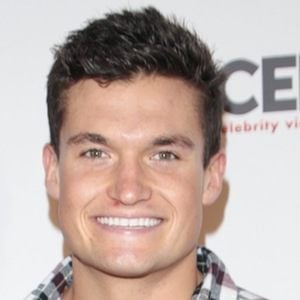 Reality television star who is known for having appeared on the 21st edition of the reality competition series Big Brother. He is also known for his work as a model and influencer and shares photos to his Instagram where he has over 190,000 followers.

He attended the University of Tennessee until 2018, where he skipped his graduation ceremony to spend time in South Beach with his friends. Prior to his appearances on the Big Brother series, he worked as a server at a restaurant in Los Angeles.

He is known for having been the first contestant on Big Brother 21 to win the power of veto and then use it on himself during the shows fourth week.

He was born and raised in Nashville, Tennessee and is known for his close relationship with his mom Colleen Maloney Michie. He began dating Big Brother castmate Holly Allen.

He appeared alongside Tommy Bracco on the 21st season of Big Brother.

Jackson Michie Is A Member Of