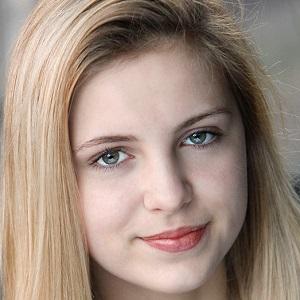 Best known for her role as Tara in the 2007 film St. Trinian's and in the film's 2009 sequel, St. Trinian's II: The Legend of Fritton's Gold, she also played the role of Ruby in the 2013 film Coven and appeared as "Psychic Twin Two" in the 2007 movie Death Defying Acts.

In a 2006 short film titled Home Grown, she shared the role of Zoe with her sister Cloe Mackie.

She and her twin sister and frequent acting partner, Cloe Mackie, grew up in London, England, as the daughters of an artistic director father and a make-up artist mother.

She appeared in the St. Trinian's films, which were based on the art of British cartoonist Ronald Searle.

Holly Mackie Is A Member Of