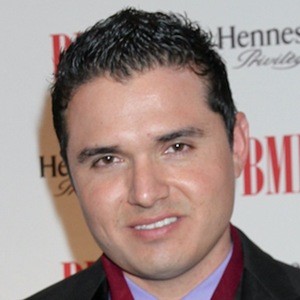 Regional Mexican music performer whose album Ya es Muy Tarde was nominated for the Éxito SACM Award in 2010. He also won the Billboard Award for Mexican Music as Composer of the Year in both 2012 and 2013.

He studied tourism business administration and released his first album I Would Like to be a Sparrow at the age of 18.

He has collaborated with the Banda El Limón Band and Los Huracanes Del Norte. He was photographed with fellow world music performer Pancho Barraza in early 2018.

He was the youngest of four children.

In 2019, he collaborated with Belinda, Lalo Ebratt and Los Ángeles Azules on the hit song "Amor a Primera Vista."

Horacio Palencia Is A Member Of