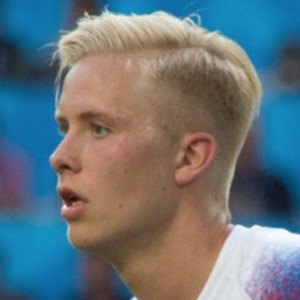 Defender who is famous for his international club career, including in the English Championship for Bristol City. He previously spent time in Italy's Serie A and B, including for Spezia and AC Cesena.

He began his youth soccer career in 1998 for the Icelandic side Fram. He later transferred to Juventus' youth academy in 2011.

He was originally born and raised in Reykjavík, Iceland.

He and Birkir Bjarnason played as teammates for Iceland's national team during the 2018 FIFA World Cup.

Hordur Magnusson Is A Member Of