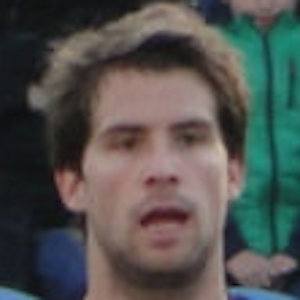 Center back who is famous for his career playing in Spain's La Liga, including for Athletic de Bilbao beginning in 2018. He rose to widespread acclaim for his play with La Liga side Real Sociedad, who he helped lead to the UEFA Champions League tournament in 2012-2013 for the first time in 21 years.

He played youth soccer for Real Sociedad. He made his professional debut with the club's B side in 2009.

He led the Spanish U-21 side to the UEFA Euro U-21 Championship in 2013. He made his debut with the senior national team that same year.

He was originally born and raised in Ondarroa, Biscay, Spain. He married Nere Graña and they have a daughter together.

He came on as a substitute for Sergio Ramos in his Spain national senior team debut in 2013.

Iñigo Martínez Is A Member Of