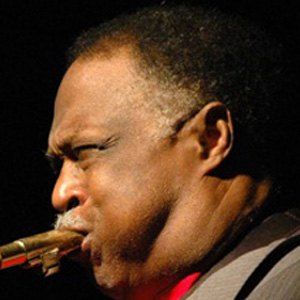 1982 Eubie Blake Jazz Award winner, known for his soul jazz aesthetics. He worked as both a bandleader and a sideman for artists like Billy Butler.

He attended South Carolina State College and went on to perform in a United States Air Force service band in West Germany.

He has recorded more than seventy-five albums as a bandleader over the course of his life.

Person has recorded with many vocalists, including Lena Horne.

Houston Person Is A Member Of