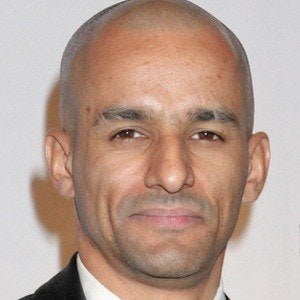 Singer known for his time with the band Dark Latin Grove. They released three albums to much commercial success before breaking up in 2000. Dunbar then embarked on a solo career, being named Best New Artist after his first album was released.

He started singing as early as the age of three. He first gained attention after his performance in a talent show while in high school. He became a part of DLG in 1996.

Despite having a Puerto Rican background, having lived there for some time, he was initially unable to speak or sing in Spanish. He spent two years learning the language in order to advance his career.

He was born into a family of musicians, which ultimately helped push him into the field. His real name is Eustace.

He had a role in the 1998 movie Dance With Me, which starred Vanessa Williams.

Huey Dunbar Is A Member Of