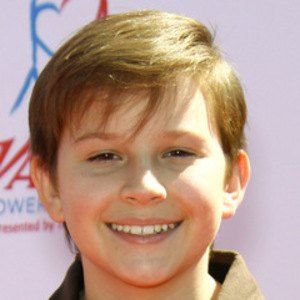 Actor who portrayed the recurring character Noah Newman, son of Sharon and Nicholas Newman, on the beloved soap opera The Young and the Restless.

He first made his acting debut in 2004 appearing in an episode of The Bernie Mac Show.

In the 2010 feature film Adventures of a Teenage Dragonslayer, he portrays leading character Arthur alongside Lea Thompson.

He was born in Fort Myers, Florida.

While playing the long reinvented character of Noah Newsome, he was joined by his onscreen parents Joshua Morrow and Sharon Case.

Hunter Allan Is A Member Of