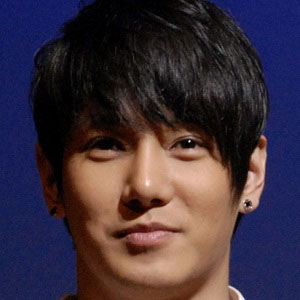 Korean singer and actor who found fame as a member of the R&B duo Fly to the Sky before releasing his first solo mini-album, H-Soul, in 2009. He debuted as an actor in 2006 and has starred on television shows like Over the Rainbow and We Got Married.

He graduated from Gwang Moon High School before becoming a Post-Modern Music major at Kyunghee University.

He and H-Entercom disposed of more than 20,000 copies of his self-titled album due to mixing and mastering issues.

His cousin is actor Lee Jang-woo, known for his work on the television shows Glory Jane and I Do, I Do.

He collaborated with Duncan James on the 2006 duet "Sooner or Later."

Hwanhee Is A Member Of