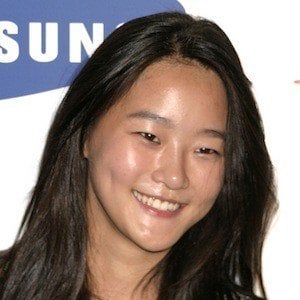 Korean fashion model who has worked with brands like Trovata, DKNY, Halston, and Michael Kors. She has walked in shows in New York and London and has appeared in many world-famous magazines including Korean Vogue.

She was discovered when she won the Ford's Supermodel of the World title in 2008 at the age of 19. She was the first Asian model to win the award.

She posted a picture with her mom and dad on Christmas 2017.

She posted a picture with SpongeBob SquarePants, a character voiced by Tom Kenny, at Universal Studios in April 2016.

Hyoni Kang Is A Member Of