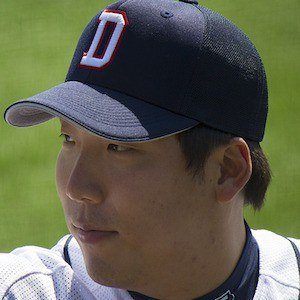 MLB and Korean Baseball Organization outfielder who turned his gold-glove career in Korea in to a contract with the Baltimore Orioles. He made his major league debut in 2016.

He signed with the Doosan Bears of the KBO in 2006 after going undrafted out of high school. He went on to win three consecutive gold gloves between 2008 and 2010.

He won a gold medal with the South Korean national team at the 2008 Olympic Games. He also played in the 2009 and 2013 World Baseball Classics.

He was born to Kim Jin-kyung and Lee Bok-Ja in Seoul, South Korea.

He and Nolan Reimold were teammates on the Orioles in 2016.

Hyun-soo Kim Is A Member Of