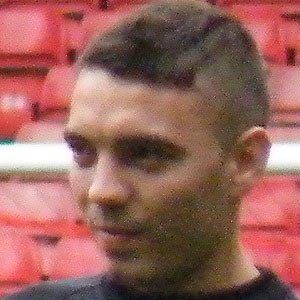 Spanish forward known for his great speed and technical skill who debuted in the Premier League in 2013 for Liverpool. In 2014, he played on loan for Sevilla FC and in 2015, he began his second stint with Celta de Vigo.

He spent his youth career with Moana, Celta and Rapido Bouzas.

In 2016 he began playing for Spain's national soccer team.

He's from Moaña, Galicia, Spain. He has two brothers who are also professional soccer players named Urbe and Jonathan, as well as a third brother named Pablo.

His superb ball skills earned him many comparisons to Brazilian midfielder Philippe Coutinho.

Iago Aspas Is A Member Of