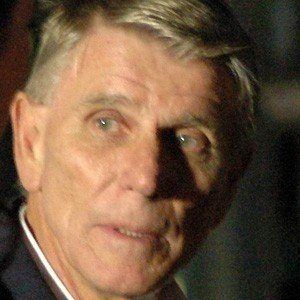 He married first wife Bobbie Whitby and adopted her daughter, Somerset. He married his second wife, ballerina Jodi Wintz, on October 20, 1988, and welcomed a son, Trevor, in 1990.

He was a legendary Olympic swimmer, much like Michael Phelps.

Iain Murray Rose Is A Member Of