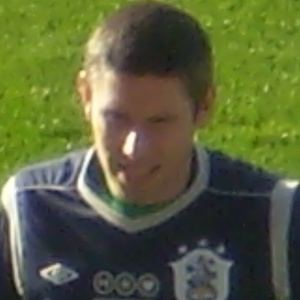 Professional soccer player known for his time with the Milwaukee Wave of the Major Indoor Soccer League. He also spent time playing outdoor soccer with the now-defunct United Soccer League.

He played his college soccer at Marian College, also playing with the semi-professional Hamilton Thunder during that time.

He's won two championships with Milwaukee Wave. He played with the Chicago Storm of the MISL prior to joining Milwaukee.

He has a brother named Josh who's also played professional indoor soccer.

He and Brian Quinn both spent time playing in the Major Indoor Soccer League.

Ian Bennett Is A Member Of