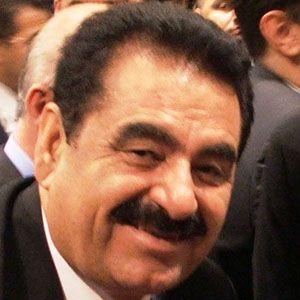 Prolific Turkish singer who has recorded more than three dozen albums during his illustrious career, including 1983's "Yalan". He has also been the host of "The Ibo Show".

He was born in Sanliurfa and never attended high school, making a living by singing at weddings.

He miraculously survived being shot in the head during an assassination attempt in 2011.

He married Aysegul Yildiz while in rehab in 2011.

He and Mustafa Sandal, who has sold more than twenty million records, are two of the most successful male singers in Turkish history.

Ibrahim Tatlises Is A Member Of