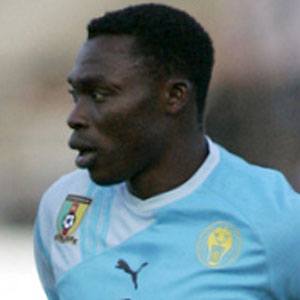 Goalkeeper who appeared in 222 matches for Espanyol from 2004 to 2012 and became a member of the Cameroonian national team in 2001.

He spent his youth career with Kadji Sports and debuted professionally with Le Havre in 2000.

He was born in Douala, Cameroon.

He and midfielder Eyong Enoh became teammates on the Cameroonian national team.

Idriss Carlos Kameni Is A Member Of