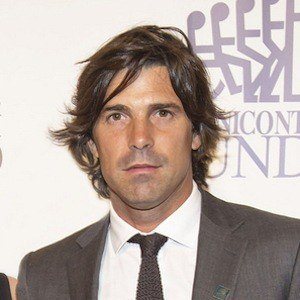 Professional polo player who was ranked in the top 100 players in the world. He is recognized for playing the sport with a six-goal handicap and was a member of the BlackWatch Polo Team.

He first started playing polo at age 9 and went pro by 17.

In 2005, he became the face of Ralph Lauren Black Label.

He married former model and photographer Delfina Blaquier in 2004. The couple have four children together.

He beat out Brad Pitt in Vanity Fair's Most Handsome Man in the World survey in 2009.

Ignacio Figueras Is A Member Of