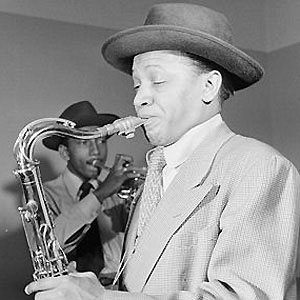 Tenor saxophonist who is recognized for his role in the song "Flying Home," which featured the first R&B saxophone solo. He was also one of the few jazz artists to play the bassoon.

He performed alto saxophone in his father's band as a child, played with the Milton Larkin Orchestra at the age of fifteen, and then moved to Los Angeles where he met Nat King Cole.

He started a band with his brother and Charles Mingus in 1944.

He was raised in a musical family; his father was a bandleader, his brother Russell played trumpet, and his other brother Linton was a drummer.

He was in Jammin' the Blues with Lester Young, a film that was nominated for an Academy Award.

Illinois Jacquet Is A Member Of