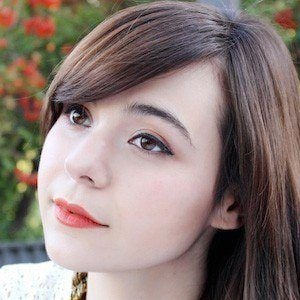 YouTube musician who is known for her ilonqueen channel's content. She has gained widespread popularity there for her vocal covers of popular songs, along with occasional personal vlog entries.

She has amassed more than 2.1 million subscribers to her YouTube channel. One of her most popular videos there, "UNRAVEL ♥ TOKYO GHOUL (Spanish cover)," has earned more than 14.5 million total views. She began studying advertising at Diego Portales University.

She and fellow YouTuber Raon Lee are both known for their predominantly music oriented channels.

Ilonka Obilinovic Is A Member Of