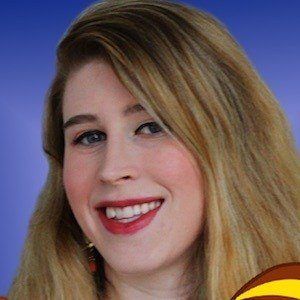 YouTube personality who is known for her ILoveKimPossibleAlot channel's content. She has gained particular popularity there for her My Little Pony reviews and analysis videos.

She has amassed more than 120,000 subscribers to her YouTube channel since its beginning. One of her most popular videos there, "Let's Go and Meet John de Lancie," has earned more than 875,000 total views.

She is known for her admiration of the television show Kim Possible as well as for her love for the character Discord from My Little Pony: Friendship Is Magic and Star Trek actor John De Lancie.

ILoveKPAlot Is A Member Of