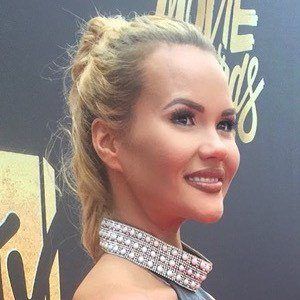 Actress and television personality who first gained popularity as a host on Radio Prime Norway. She then became an entertainment reporter for TV 2 Norway, covering everything from the Oscars to movie junkets. She has since become the host of Red Carpet Report.

After studying media at University of Trondheim, she began her presenting career as a host on Student-TV. She then went on to study acting at Nordic Institute for Stage and Studio.

An actress as well as a presenter, she has appeared in the 2013 video short The Hilarious Panties Scene and was cast in the feature film Headless Entanglement.

The Norwegian beauty moved to Los Angeles in 2012. Her mother's name is Hanne.

She has interviewed countless A-list celebrities from Jaden Smith to Cameron Diaz to Baddiewinkle.

Ine Back Iversen Is A Member Of