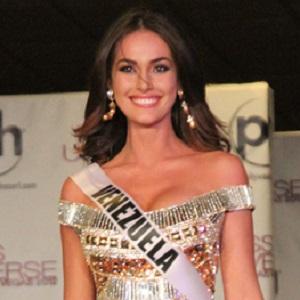 In 2013, Esser launched her screen acting career as the star of the telenovela Corazon Esmeralda. Two years later, she was cast as the main protagonist in the RCTV series Piel Salvaje.

Upon the completion of her studies at Venezuela's Don Andres Bello High School, she briefly attended Shrewsbury College in England.

She grew up in Puerto Ordaz and Rio Caribe, Venezuela, as the daughter of businessman Billy Esser Bonta.

She and American beauty pageant contestant Caitlin Upton were both criticized by the media and mocked by online viewers for their incomprehensible answers to questions posed by pageant judges.

Irene Esser Is A Member Of