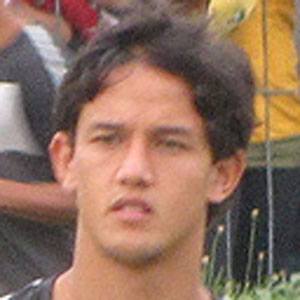 Indonesian soccer player best known for his days with teams like Persema Malang. He was previously the top goal-scorer in the Dutch Hoofdklasse league as a member of SV Argon.

He was born in Amsterdam and began his youth career with SV Argon in 1997.

He joined the J League team Ventforet Kofu in 2014, making him the first Indonesian player in J League history.

He married Indonesian model Jennifer Bachdim in 2011. He and Jennifer have two children, a daughter, Kiyomi Sue, and a son, Kenji Zizou.

He and Australian footballer Tommy Oar both played for FC Utrecht.

Irfan Bachdim Is A Member Of