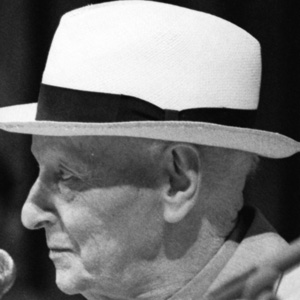 Leading figure of the 20th-century Yiddish Literary Movement and 1978 recipient of the Nobel Prize in Literature. His best known works include The Magician of Lublin and A Crown of Feathers and Other Stories.

The son of a Hasidic rabbi, Singer initially set his own sights on a religious career. He immigrated to the United States in 1935, due to the increasing threat of the Nazi regime in his native Poland.

His memoir, A Day Of Pleasure: Stories of a Boy Growing Up in Warsaw, won a U.S. National Book Award for Children's Literature.

He married Alma Wassermann in 1940 and spent the last fifty years of his life in New York and Florida. He had a son named Israel.

He and T.S. Eliot were both recipients of the Nobel Prize for Literature.

Isaac Bashevis Singer Is A Member Of