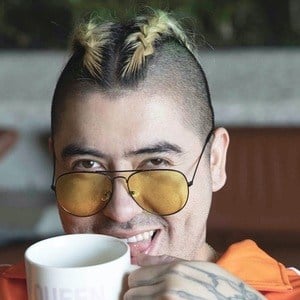 Fashion designer known for starting their own label Isaiah Garza International. They are known for having the global luxury brand focused on philanthropy with the goal of ending human trafficking. They share their outfits and celebrity photos through Instagram for their over 240,000 followers.

They attended the Fashion Institute of Design and Marketing in Los Angeles where they graduated from in 2014 with a degree in business and marketing.

They are known for having won the Designer of Tomorrow award at FIDM. Their work has also been featured in Elle, Cosmo, Refinery 29, and Teen Vogue.

They are Mexican-American and was born and raised in Yakima, Washington.

They have worked with and styled for several celebrities including Gigi Hadid and Kesha.

Isaiah Garza Is A Member Of