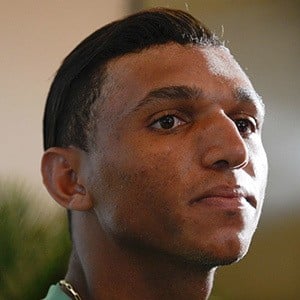 Brazilian canoeist who is known for specializing in the sprint events. He has competed on Brazil's national team at the 2016 Olympic Games and is also known for competing in the ICF Canoe Sprint World Championships.

With a conflicted upbringing including a kidnapping at the age of five and a severer finger at fifteen, he didn't start competing professionally as a canoeist until 2013. He debuted at the ICF Canoe Sprint World Championships and after several successful years, made it to the Olympic Games in 2016.

He is known for being the only Brazilian athlete to ever win three medals in a single edition of the Olympics.

He was born and raised in Ubaitaba, Brazil.

He shared a photo with fellow Olympic athlete Cesar Cielo to his Instagram in July of 2017.

Isaquias Queiroz Is A Member Of