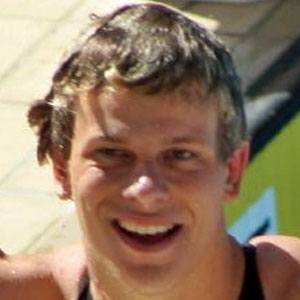 Olympic gold medalist who became the most successful Brazilian swimmer ever. He has dominated the FINA Aquatics World Championships, winning six gold medalist 2009 to 2013.

He received back-to-back NCAA Swimmer of the Year awards at Auburn University.

He was named Brazilian Sportsman of the Year three out of four years from 2008 to 2011.

His mother was a swim coach at the Esporte Clube Barbarense.

He and France's Florent Manaudou are both Olympic Champions in the men's 50 meter freestyle.

César Cielo Is A Member Of