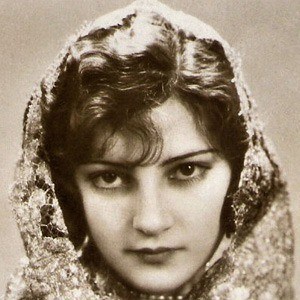 She was crowned Miss Slovenia in 1926, which enabled her to work the modeling circuit and audition for film roles given her higher profile.

Her first film was What Do Children Hide from Their Parents, which was released in 1927.

She married Miodrag Dordevic in 1931.

Rina and Melania Knauss were both famous Slovenian models.

Ita Rina Is A Member Of