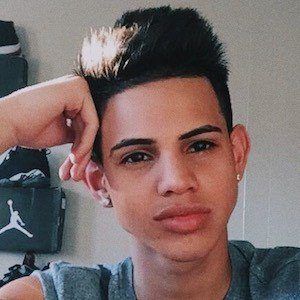 Social media influencer most well known through his hesxivaan Instagram account. His frequent selfies and lip-sync videos have earned him more than 60,000 followers.

He launched an anti-bullying website which helped him gain support on the web. He first joined Instagram under the username hesxivaan in January 2016.

In addition to Instagram, he also posted lip sync videos to musical.ly, where he earned more than 10,000 followers on his hesxivaan account.

He and his brother Ivan were raised by their mother growing up. His father was absent for most of his upbringing.

Like Abner Aguila, he is a musical.ly star hailing from Puerto Rico.

Ivan Guerrido Is A Member Of