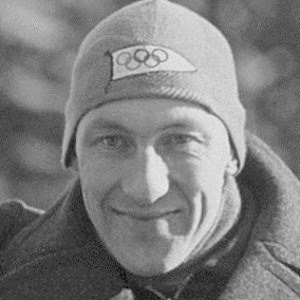 Norwegian speed skater and four-time Olympic champion, he was the only Olympian to win three golds in 1936.

He won his first gold medal at the World Allround Championships in 1926.

He set an amazing five world records over the course of his career.

He was married to Gerd Ballangrud and the couple had a daughter together named Inger.

Ivar Ballangrud Is A Member Of