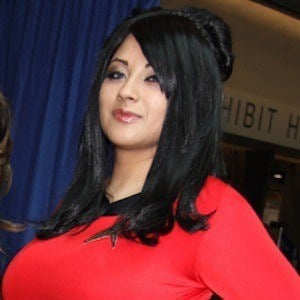 Cosplayer who has gained popularity through her cosplays of well-known comic book and video game characters, including Power Girl, Vampirella and M. Bison. She has been a guest judge on several episodes of SyFy's Heroes of Cosplay.

She grew up in California and was introduced to cosplaying by Frank Cho, who asked her to model for a live art panel.

She has written comic book reviews for the popular website Nuke the Fridge.

She and Svattii are both popular cosplayers.

Ivy Doomkitty Is A Member Of