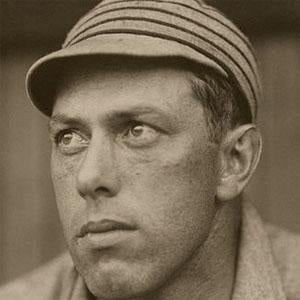 One of the most dominant pitchers of the deadball era, he amassed 31 wins in 1910, leading the Philadelphia Athletics to the American League pennant.

He played baseball, as well as tennis and football, at Colby College in Maine, and intended to go to MIT to study chemistry when persuaded to give baseball a try.

He was one of only a dozen or so pitchers over the entire 20th century to record 30 wins in a single season; and among other records, had the most innings pitched in a single game, with 24.

He was born in LeGrand, Iowa, a farming community near Des Moines.

Connie Mack was the manager of the Philadelphia Athletics, for whom Coombs pitched, and his brother first convinced Coombs to join the team.

Jack Coombs Is A Member Of