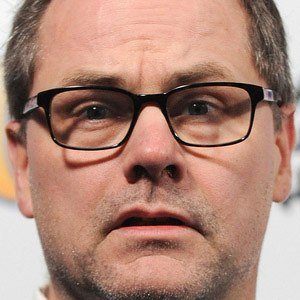 Award-winning British stand-up comedian, writer, and actor who is famous in England for his sitcom Lead Balloon. He won Celebrity Big Brother 2001.

He earned failing grades at Peter Symonds' College and wanted to attend drama college, but his mom convinced him to become a waiter instead.

He hosted Jack Dee: Live at the Apollo, for which was nominated for a BAFTA in 2006. He did his first open-mic gig in 1986 at the Comedy Store and, in 1991, he won the British Comedy Award for Best Newcomer.

He married Susan Jane Hetherington in 1989 and had four children with her. His father, Geoffrey, was a printer and his mother, Rosemary, was the daughter of two unsuccessful repertory actors.

He co-starred in The Deputy with Dervla Kirwan.

Jack Dee Is A Member Of