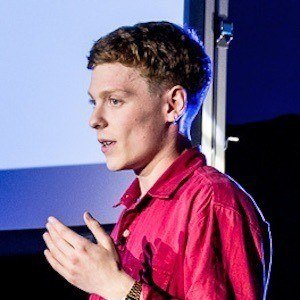 Illustrator and animator who rose to fame for his comedic and absurdist animations. His unique animations have earned him work with brands like Spotify, Nickelodeon, The New Yorker, and numerous other companies.

He earned a B.A. in Illustration at Camberwell College. He suffered a massive injury to his hand before his final year at university and turned to 3D software to do work while his hand healed.

In June 2016, he joined Blink Ink's team of directors.

He has lived in London, England and Berlin, Germany.

Both he and Jaiden Animations are animators and illustrators.

Jack Sachs Is A Member Of