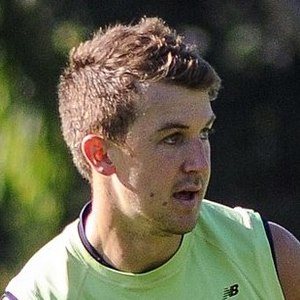 Australian rules football midfielder who was the second pick of the 2009 draft, and debuted for Melbourne in 2010.

He played junior football at Kybybolite, then Prince Alfred College, before joining the Sturt Football Club.

On February 3, 2012, he was named co-captain of Melbourne, making him the youngest captain in team history.

He was born in Naracoorte, South Australia, but moved to Adelaide for school.

When he first joined Melbourne, the team was co-captained by James MacDonald and Cameron Bruce.

Jack Trengove Is A Member Of