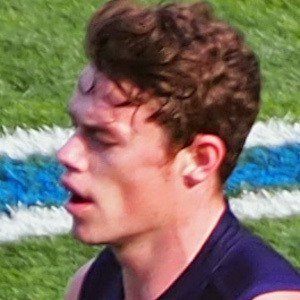 Australian football midfielder who was drafted 58th overall by the Fremantle Dockers in 2011. He made his AFL debut in 2012 and scored 36 goals in his first 70 games.

He grew up playing for the Glenelg Football Club and played for South Australia at the U18 Championships in 2011.

He grew up in Kybybolite, Australia.

He and Aaron Sandilands have played together on Fremantle.

Lachie Neale Is A Member Of