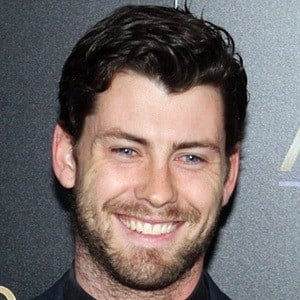 Aussie soap star known for his portrayal of both Lachie Cladwell and Brody Morgan on the long-running series Home and Away.

One of his first acting credits was in 2009, performing in reenactments for the documentary short Beyond the Cross.

He has had small guest roles on a number of popular shows including Dance Academy, East West 101, and Teen Wolf.

He has a sister, Millie Rose. He and and Zelda Williams, the daughter of comedic legend Robin Williams, dated for three years before splitting in 2016. He got engaged to Sophie Dillman in 2017.

On the Australian soap Home and Away, he acted alongside Ray Meagher and Lynne McGranger.

Jackson Heywood Is A Member Of