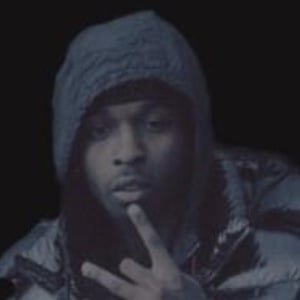 Brooklyn rapper who immediately cemented himself in the rap scene with viral hits called "Meet the Woo" and "Welcome to the Party." He dropped a mixtape called Meet the Woo Volume 1 in the summer of 2019.

He started to become a household name towards the beginning of 2019.

He joined Pusha T on the stage during "Best Day Ever" festival in Coney Island. His realpopsmoke Instagram account has earned more than 3.8 million followers.

His real name was Bashar Barakah Jackson. He was raised in Canarsie, Brooklyn, New York. He was born to a Jamaican mother and Panamanian father. He was dating Alyssa Danielle, also known as Yummy Yellow, at the time of his death. His brother is rapper Obasi Jackson.

Cardi B posted an Instagram video of herself singing "Welcome to the Party."

Pop Smoke Is A Member Of